Good tidings and strange findings, it’s an internet depths edition of Friday Props. We’ve got another round of things that only exist because of the internet, starting with this list of airport’s baggage carousels, and the directions they turn in. Found via the Dull Men’s Club website, which sports taglines such as “wherever you go, there you are” the list is exactly what you’d expect it to be, but here’s the link nonetheless.

We’ll follow up with a project from French telecom company Orange that lets you virtually age yourself 20 years, and interact with the result. The project is ambitious, and full of imperfections, but the results are often hilarious. We went ahead and aged 19 year old Leonardo Dicaprio to give you an idea of the results you can expect. 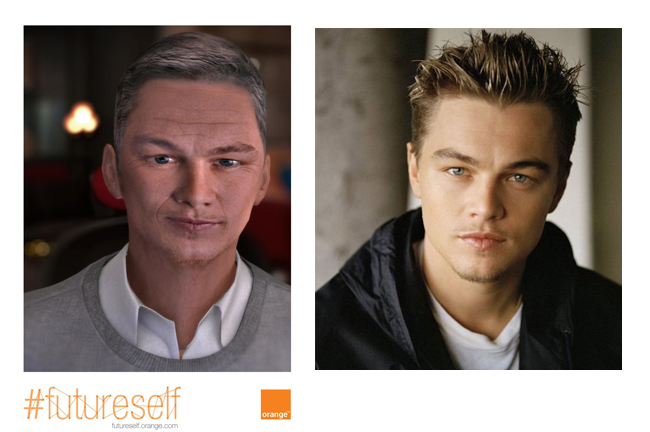 Once you’re done laughing at the likely misproportioned, and sometimes terribly inaccurate rendering of your future self, you can take some time to get to know them. Go ahead and ask them about your dog, or advertising, or about their current hairstyle. It’s a fun concept, and definitely worth a few minutes of your time.

The next finds we managed to pull out of the internet this week are two url shorteners. The first, ShadyURL, takes any url and makes it “suspicious and frightening” by using words constantly associated with shady portions of the internet. Good for what? We’re not quite sure; perhaps its best for utilizing Legitly, which takes any sketchy url and makes it seem like it’s coming from a credible source. A true example of the internet's power to provide almost anything you can think of, in the most contrasting forms. Thank you, internet!

We’ll finish up this weeks roundup of things from the web with a qr clock that has generated a qr code for every second of the day. It’s unusable as a clock since it changes before you’d have to chance to scan it, but conceptually it’s quite cool.

That’ll do it for this weeks Props. We’ll be back with a whole new round of Props-worthy next week. In the meantime, feel free to leave a comment below or share something Props-worthy via facebook.