Down to the south of us Vermont folk in a flatter land with many more people and many more monuments is a place of great symbolism and structure. In this place, people make important decisions. They also make money. I spent some time this past week in Washington, DC and took a tour of the Bureau of Engraving and Printing where they print about 700 million dollars every day. There I met Donald, an 18-year veteran who told me all about the engravers who make the master plates to print all this money. There are four of them. Four. Each master engraver has one apprentice that serves for ten years, training in this fine art. Suffice to say, it made me think a lot about the art at our fingertips, the art of money, the art of engraving. Take a dollar bill out of your wallet, spend a few moments with it held close up, and check it out. Props to these mysterious men and women, these engravers and their work. 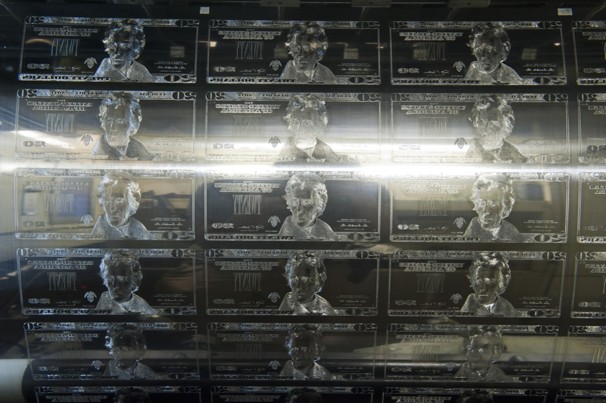 Moving around through my research on engraving, I found an awful lot of beautiful engraving examples on weapons. Lots of guns and knives. And motorcycles, too, the riders presumably carrying some of those same engraved guns and knives. I don’t have any animosity towards these things and hope to get me a motorcicle myself soon! But we’re a little more nerdy here so I kept digging, searching for a props-worthy creation that fit our own sense of style and chic. Now, I imagine that this wasn’t done by hand, but I can’t confirm that. In fact, I couldn’t find any further information on this beyond the picture. The idea and “execution,” however, I admire quite a bit. Even if it is a Mac. 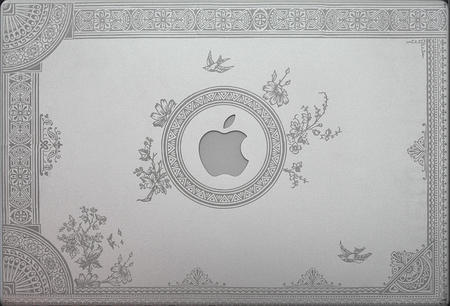 Final Props! W00T!!! In the engraving vein, this piece is a bit beyond the normal scope, the normal size. I think the artist would probably agree that, though he’s pretty good, he couldn’t engrave plates for a dollar bill. What he did do is take a Dremel tool and engrave HIS ENTIRE CAR. Shawn Lisjack’s art was good enough to impress other folks, including Jay Leno. Shawn has a YouTube channel and plenty more examples of his work across the web, but this car? That took, oh, only about 5,000 hours. 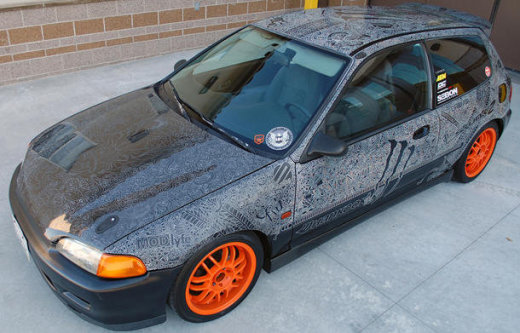